‘Before The Storm Hits’ is the new single by Amongst The Pigeons, the avian-inspired alias of producer Daniel Parsons, and the first evidence of his forthcoming fourth album. The track finds Parsons in collaborative mode, with vocals from Fast Trains (Tom Wells).

Over snaking electronics and turbulent (but never intrusive) rhythms, ‘Before The Storm Hits’ is a moment charged with latent energy and the portentous uncertainty of not quite knowing what’s about to hit you. Think back to what life was like in January, back when COVID-19 vaguely felt like someone else’s issue and that nagging feeling that maybe your confidence wasn’t actually justified.

Many-layered and working short, sharp ideas that appear quickly and disappear just as rapidly, ‘Before The Storm Hits’ has a sculpted sonic anxiety about it; a restless, edgy disposition befitting the subject matter. Wells’ vocal is, in contrast, delivered with quietly detached soulfulness, for the most part a calming contrast to Parson’s electronics in spite of observational lyrics that sound nightmarishly bleak.

Amongst the Pigeons · Amongst The Pigeons – Before The Storm Hits (feat. Fast Trains)

Before The Storm Hits by Amongst The Pigeons is released October 2 2020 by Peace And Feathers. 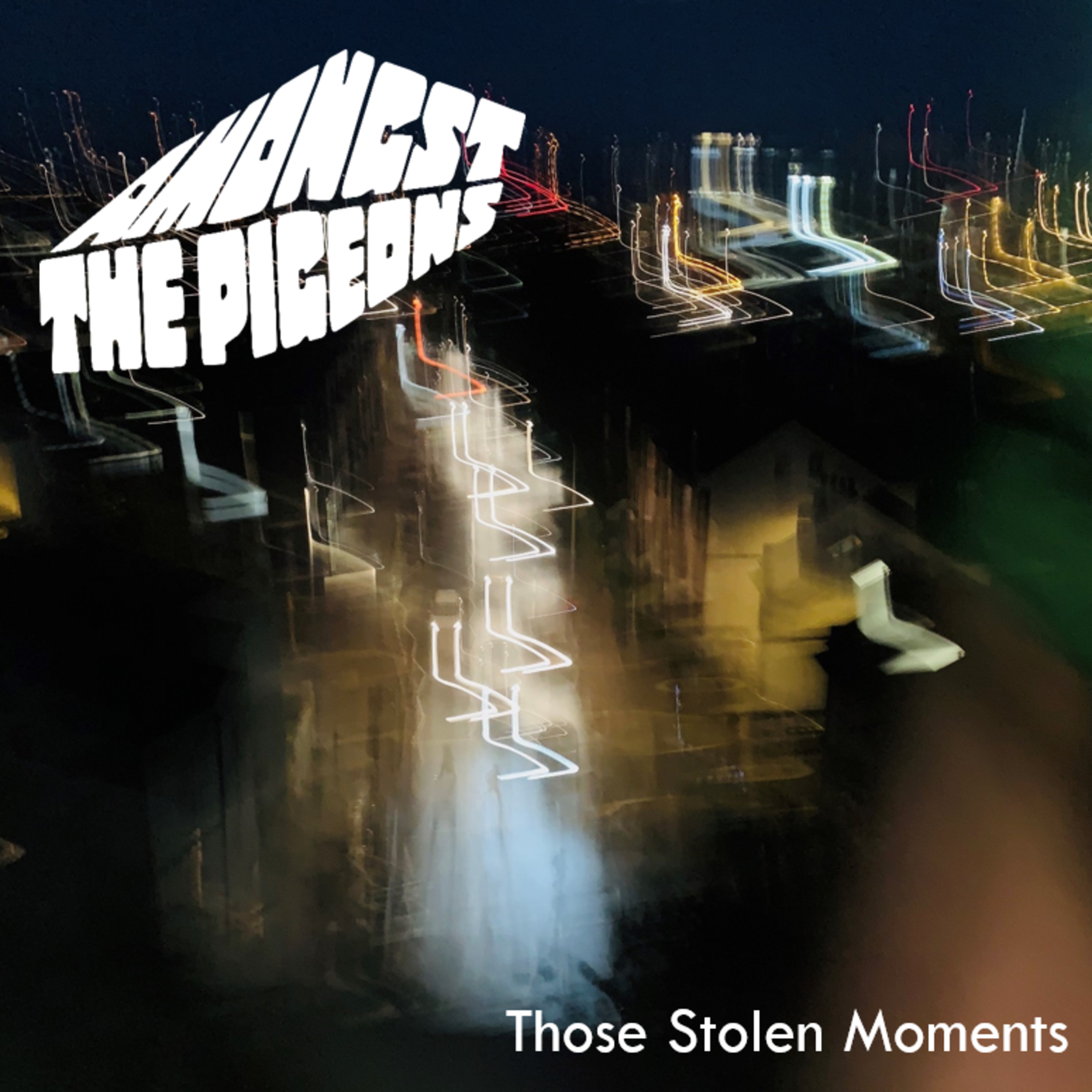 It’s been seven years since the last Amongst The Pigeons album, and five years since Daniel Parsons decided to call pest control and exterminate the ATP project. After a spell working in the duo Exactly Zero, Daniel found himself idling away the time in a local café and before he knew it he was donning his characteristic pigeon mask all over again, and Those Stolen Moments was the eventual result.

In this exclusive feature for Further., Daniel talks us through the nine new tracks on a record that is distinctively ATP but more acutely focussed on its creator’s own instincts rather than deploying guest vocalists. It is a record of continually-evolving electronic juxtapositions and thought-provoking contemplations on how we spend that most undervalued of commodities – our personal time.

The album opens with ‘Happy Beginnings’.

The track started out as an instrumental but it never felt finished and I spent a long time working out what to do with it. Last year I started going to car boot sales and while looking through some vinyl I found an old record that taught children how to play instruments. The samples in this track come from that and work perfectly for the opening of the album.

The title for this one came from a conversation I had with a friend. He was talking about the concept of a ‘happy ending’ massage and said that in his mind it would be better to start with the ‘happy’ activity and then move onto having a nice relaxing massage.

The second track is Inflight Entertainment. This track was born on a flight to Poland using my iPhone and GarageBand. During the flight I created a 20-second loop which was sounding quite cool. When I got home I took the loop into my Shedio and fully fleshed out the track. A Shedio is a recording studio in a shed and mine sits at the end of my garden. It’s a magical place where time often stands still.

When I made my debut album and early EPs I used a lot of field recordings and still like to capture sounds while I am out and about. In the background of this track there are samples from the actual flight.

Back in 2014 I announced that I would stop making music as Amongst The Pigeons.

In the years that followed my friend Ollie and I made music under the name Exactly Zero (exactlyzero.co.uk). We would meet up each week and work on tracks but it was a slow process and in between our weekly meets I was starting to work on some new music on my own.

‘Perching’ was the first ‘new’ Amongst The Pigeons song and it really did come about by accident. One day I was sat in Perch (my local coffee shop) and I had my MacBook with me, I hit record and started capturing the background noise of the café. When I got back to the Shedio I cut up some of the clutter and created a little beat with the crockery and started putting synths over the top.

This track also has both of my kids voices sampled across the song. They enjoy coming out to the Shedio and if I am in the middle of recording I always try and get them to shout and sing into the microphone.

‘Polly Bee Gone’ is one of the heavier-sounding ATP tracks and became a bit of a nightmare to finish. I actually released an earlier version of this back in March on an ‘introductory’ album. My plan was to draw a line between the old ATP songs and the new ‘ATP 2.0’ music. I kept working on this song after that original release and managed to tidy it up a bit more and get to the stage where I was happy with it.

The song title came from the synth patch I was using which was a ‘PolyB’ sound.

I also made a video for this track which features me wearing one of my ATP Pigeon Masks while walking through Trafalgar Square. There was a very funny moment when a small kid was chasing a load of pigeons and they turned round to see a 6ft Pigeon towering over them disapprovingly. 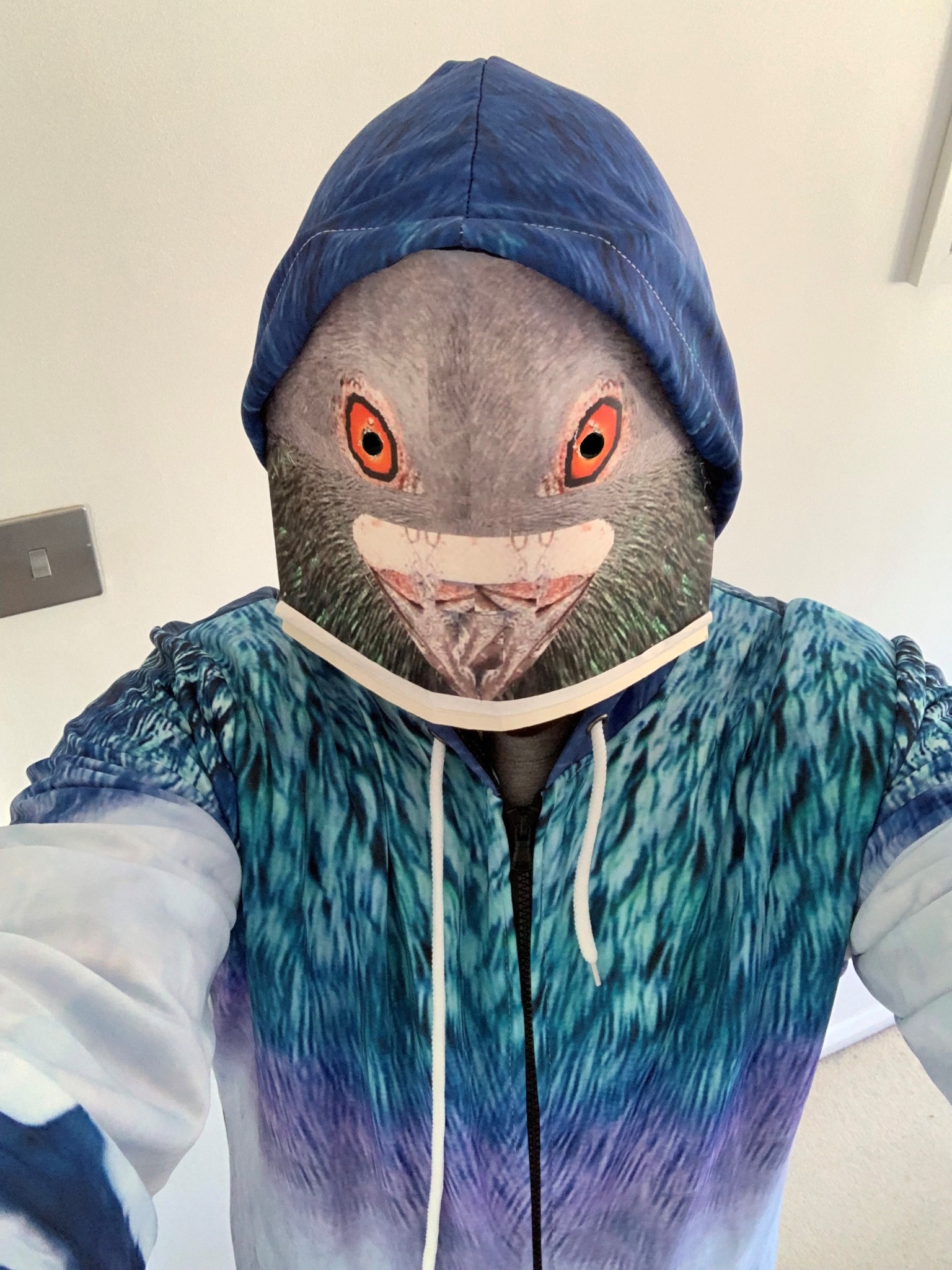 As I mentioned earlier I didn’t really plan to restart ATP, but once I had a few tracks, I started to question what I should do with them. Originally I was going to release a four track EP, then a five track EP and so on. It got to the stage where I had eight tracks and I thought I should stop but then I started work on this song and felt it would sit perfectly in the middle of the album.

It is one of the more mellow tunes on the record and originally I wanted to get guest vocals on it and turn it into a Robyn-esque tune. I don’t sing myself and in the past have been lucky to work with some awesome artists, but the more I thought about it, I wanted this album to be much more of a pure electronica set of songs. The next ATP releases will likely feature more guest singers.

The album is called Those Stolen Moments as I wanted to capture the circumstances around how it was made. I have a full time job and a family so my ‘free’ time is limited and this album was made in those pockets of time that don’t really exist. I usually head out to the Shedio one or two nights a week and tend to work between 9 or 10pm and 2am. It’s a beautiful time of the day / night and I love being awake and creative while many people are asleep.

‘At Any Opportunity’ has a little sample at the start in which I try to sum up my feelings about making the most of time and seizing chances. There are times when it can be hard being a solo musician and you only have yourself to push you along to get music made. There can be times when self-doubt creeps in and you question everything you are doing.

This track features part of an Eckhart Tolle speech about how thinking can be addictive and the importance of being able to stop thinking. What he says is very true and it fits so perfectly as an Amongst The Pigeons tune. There are some great synth and bass parts hidden away in this song. I always try to make my music do the unexpected and take people on a whirlwind journey as they listen to the songs. I also made a lyric video for this track which took ages to do.

I have no idea if Tolle would approve of this track but I like to think he’d appreciate it.

The title of this song again harks back to another example of making the most of time that doesn’t exist. In my mind the 25th hour is the extra time you create when you really push yourself to do more with your day and get stuff done.

This song was pretty much made in a single night and was born out of being utterly uninspired. I went out to my Shedio and was feeling quite fed up after a long week at work and didn’t really fancy doing anything at all. I started making the track and it all came together incredibly quickly, it was one of those nights where it got to 1am, then 2am and I thought I really should go to bed but couldn’t stop working on it.

For me that is the biggest thrill about making music. When you start, you effectively have nothing, but an empty page, and over a period of time you are creating something that didn’t exist before.

Most of the songs on the album all clock in at under three minutes but on this closing track I allow things to take their time to unfurl.

It is fair to say that one of my favourite bands when I was growing up was Orbital. They have always heavily influenced the sound of Amongst The Pigeons which I think people may hear while listening to this song in particular.

This song started out as a little 10-second loop of random synth riffs. A few years ago my friend Adam (from Monkeyfist) came down to the Shedio with his euphonium to record on one of the Exactly Zero tracks. During the night we polished off a bottle of whisky between us and before we finished for the night we spent half an hour messing around with the synths.

A year or so later I revisited the loop we had made and started to stretch it out and build this song around it. It’s a slow build which leads into a more epic ending for the album and brings everything to a close.

Those Stolen Moments by Amongst The Pigeons is released November 15 2019 by Peace & Feathers.