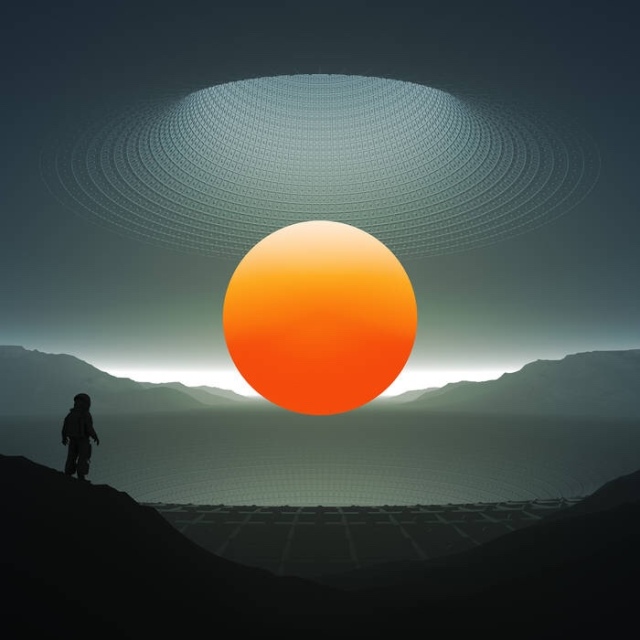 The counterpart to BUNKR’s debut album The Initiation Well from earlier this year, this collection sees a diverse collection of electronic artists tackling Brighton-based James Dean’s exquisitely-executed pieces. The Initiation Well was a brilliant, if relatively understated gem of an album; an album that didn’t come with glossy promotion or a massive PR budget and yet which exuded a confidence, panache and depth very often absent from a lot of solo electronic efforts that cross this writer’s (virtual) desk. The happy news is that each of the mixes here simply shine a light on how good the original material was in the first place, even if they take Dean’s vision off down interesting, and sometimes unexpected pathways.

Fujiya & Miyagi return the favour offered through BUNKR’s mix of their ‘Personal Space’ with a fresh take on ‘Solitary Drift’, here recast as a mournful vocal pop track thanks to the addition of uncharacteristically muted vocals from F&M’s David Best. The result is a towering synth pop epic moving along on a waltz rhythm and dystopian path. ‘The Initiation Well’ is given a reverential acid techno retread by Jonathan Krisp that immediately transports you back to a mid-90s Richie Hawtin night, beautifully augmented by ambient washes and blurry vocal snippets.

Elsewhere, Echaskech’s mix of ‘Left For Dust’ flips the original into deep minimal techno shapes, its fluttering, filtered melody and unswerving rhythm given a firmness and urgency as the mix progresses, while Luxtron’s remix of ‘East Of Eden’ sounds like an updated version of Aphex Twin’s ‘Xtal’ from Selected Ambient Works 85-92, all woozy texture and shimmering, obfuscated melodies over a restrained progressive house beat.

Perhaps the most surprising moment in this set comes with Infinite Scale’s mix of ‘Docking Procedure’, which pushes the track squarely into deep dub territory, replete with springy percussion, haunting echo and stuttering rhythms offset by squelchy and vibrant 303 flourishes.

The Initiation Well Remixed by BUNKR was released November 29 2019 by VLSI Records.

It’s no coincidence that the first track on the debut album by Brighton’s BUNKR is titled ‘East Of Eden’, for its creator is named James Dean. Drifting forward on a serene topography of heat-haze, gauzy pads and gently-accelerating synth sprinkles, ‘East Of Eden’ is a delicate, purposeful move that ushers in a brilliantly diverse collection of nine finely-crafted electronic opuses.

From the processed vocal melodies of the spacey ‘Docking Procedure’ onwards, this is a record that neatly fuses together Dean’s interest in vintage kit with the gridded framework of techno. 4/4 beats are omnipresent throughout the album, but the resourceful Dean finds ample space within those rhythmic strictures to play with convention. The standout ‘Solar Wings’ is case in point, offering a beatific melodic poignancy over shuddering percussion that nods to the epochal ‘Spastik’ before emotive bass patterns carry the piece off into evocative, widescreen territory. Dean does something similar with the haunting closing track, ‘Rheasilvian Lakes’, delivering an atmospheric, many-layered piece that concludes with the eerie sound of distant rainfall.

Perhaps the biggest surprise here is the beatless ‘Solar Drift’, whose shimmering, tentative astral melodic counterpoints evoke sepia-tinged recollections of early electronic classical LPs, while the gently-evolving, evocative title track is nothing short of a mesmeric, understated wonder to behold.

The Initiation Well by BUNKR was released September 6 2019 by VLSI Records.