On August 21 Further. favourites Novelty Island follow up their debut EP with Suddenly On Sea, a concept suite of five tracks based around a trip – you can use that word with whatever meaning you like – to an imaginary seaside town. With a nod squarely in the direction of The Beatles’ Magical Mystery Tour, Suddenly On Sea is full of vivid imagery, strange characters, quirky buildings and a brilliantly diverse set of instrumentation – organs, samples of old 78s, burbling electronics and tinny beats.

Whereas Welcome To Novelty Island set its sights on distant planets, Suddenly On Sea is concerned with a bonkers alternative vision of seaside England, all hankies tied atop sunburned scalps, faded ballrooms and dimpled beer mugs. Today, Further. is delighted to bring you the first play of the fourth single from the EP, the jangly, oompah-bassed, lysergic recollections of ‘Thoughts Of The Fish Quay’, a sort of dream-like shanty to crayoned oceans and boats made out of tissue paper. Probably.

“We’ve reached the fourth track from the EP,” explains Novelty Island’s Tom McConnell. ”It’s like the summer holiday that no one can have this year. You’ve checked in at the ‘Jaunty View’ hotel, gone for a ballroom dance to hit-of-the-day, ‘Francesca Relax’, and sank a few pints at ‘The Desperately Strange’. Now you’ve been out a bit too long. The early hours have turned to daylight. People are going to work, but you’re walking further and further out to sea.”

So there you have it. It’s The Beatles meets Reggie Perrin, set at an LSD-ravaged Butlins resort where Vic and Bob are the entertainers – and it rocks, in its own inimitably wonky way. Listen to ‘Thoughts Of The Fish Quay’ below. 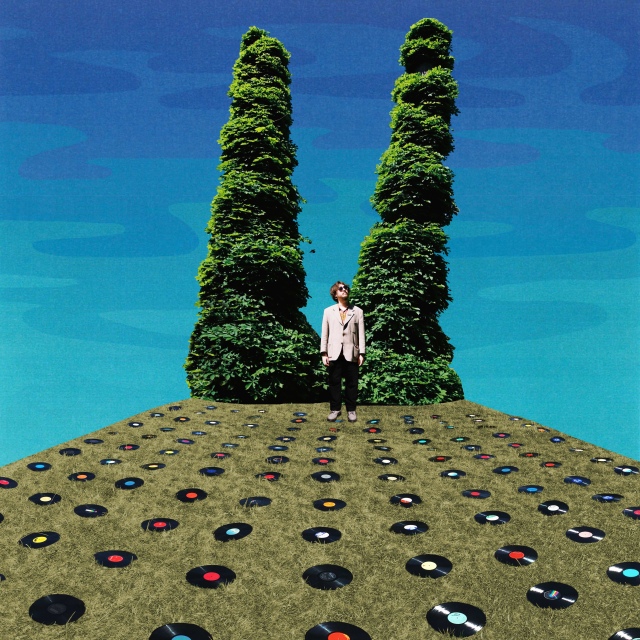 We’ve been championing Novelty Island at Further. since their second single ‘Saturn Alarms’ dropped into our inbox earlier this year. Welcome To Novelty Island, the band’s highly-anticipated debut EP, collects together last year’s first single ‘Magdapio Falls’, ‘Saturn Alarms’ and last month’s ‘Windows’ single with new track ‘The End Of The Whirl’, each discrete track highlighting the songwriting prowess and deft melding of retro-futurist sounds by the band’s Tom McConnell. McConnell hails from an indeterminate location somewhere in the north of England, and his group may or may not be named after an especially bonkers Vic and Bob skit.

‘Magdapio Falls’ is an understated singalong gem, featuring deft choruses, woozy retro synths and a wonky, space-age sensibility. Possessing an inner uncertainty and indecision in its lyrics, something about ‘Magdapio Falls’ feels like you’re being propelled gently through distant galaxies, the combination of delicate electronics and spiky guitars on the bridge having a brilliantly emotional quality, while Mellotron-esque chords nod back to The Beatles. Some of ‘Magdapio Falls’ sedateness creeps into ‘Windows’, a tender song filled with psychedelic, chill-out reference points that eddy and spin from its gauzy core – a trippy stew of languid beats, icicle-sharp melodies and delicate harmonies.

‘Saturn Alarms’ is the counterpoint to the languid, laidback structure of those songs, being an urgent rush through the turbulent reaches of our solar system and the omnipresent sauce junk floating around out there, replete with catchy vocals and star-scraping electronics. Poised somewhere between vintage electronic pop and wiry indie rock, the track was named after some inexplicable graffiti that McConnell spotted tagged onto his mother’s house in Liverpool, and thenceforth transformed into a tightly-executed pop monster.

New track ‘The End Of The Whirl’ buzzes on grimy, droning synths, vintage 1981 one-note melodies and a thudding glam-rock R&B stomp of a piano and drums rhythm. ‘All of this white noise is so hard to understand,’ sings McConnell as the track breaks down briefly into a slowed-up soundfield of accelerating synths and polyrhythms. Its upbeat, urgent, playful sounds and melodic juxtapositions are precisely what the world needs right now.

Further. favourites Novelty Island release their new single ‘Windows’ on February 20 2020. The follow-up to the spacey, singalong electronic pop of ‘Saturn Alarms’, ‘Windows’ is a sedate and tender song full of chill-out reference points that eddy and spin from its gauzy core – languid beats, icicle-sharp melodies and delicate harmonies.

Hearing ‘Hello, Goodbye’ by The Beatles in a car.

What’s the best piece of advice you’ve been given?

It’s not really advice from a specific person, and it sounds very obvious, but I’ve realised how important it is to finish ideas. We take it for granted that our favourite artists not only had these great ideas, but that they saw them through and actually finished so many of them.

Where are you most productive or inspired?

I work from Abbey Road Institute which is a pretty inspiring place. 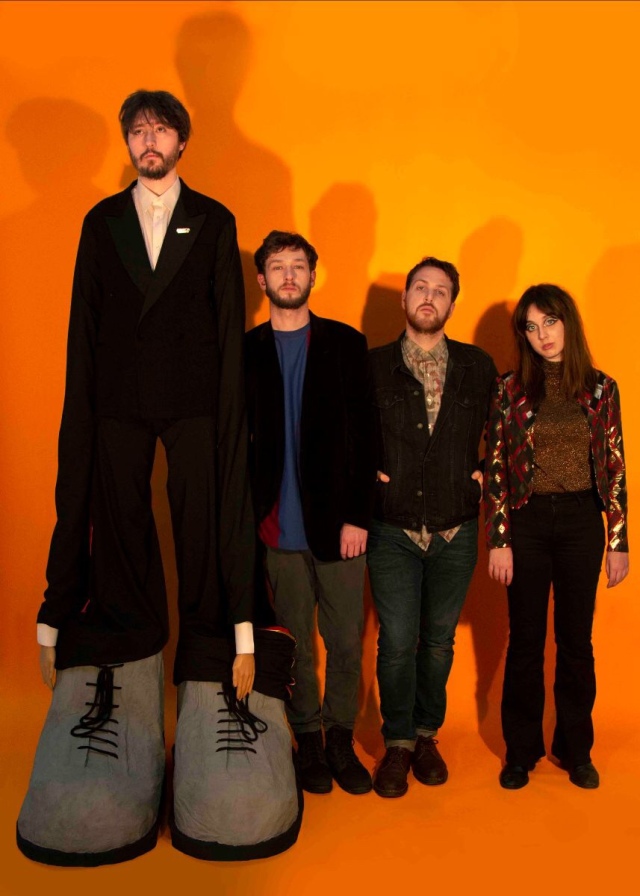 Novelty Island is the brainchild of Tom McConnell, who hails from an indeterminate location somewhere in the north of England, and whose group may or may not be named after a Vic and Bob skit.

Both tracks feature on the debut Novelty Island EP, Welcome To Novelty Island, which is due to land in March. ‘Saturn Alarms’ is the counterpoint to ‘Magdapio Falls’s languid, laidback structure, being an urgent rush through the turbulent reaches of our solar system and the omnipresent sauce junk floating around out there, replete with catchy vocals and star-scraping electronics. The track was named after some inexplicable graffiti that McConnell spotted tagged onto his mother’s house in Liverpool, and thenceforth transformed into a retro-futurist pop monster.

Listen to the exclusive first play of ‘Saturn Alarms’ below.