Sad Man is the alias of Bournville-based Andrew Spackman. The last few years have seen Spackman deliver an incredibly prolific series of electronic albums that straddle the gulf between odd rhythmic gestures and jazz, the result being a suggestion that those two worlds aren’t necessarily so dissimilar or incompatible as they might first appear.

His latest album, The King Of Beasts, is due to be released on February 10 2020, and finds Spackman proffering a highly accessible, many-layered journey through the musical themes that have coloured his recent output, while placing a greater emphasis on traditional jazz reference points.

Further. spoke to Spackman about his formative musical influences, in the process no doubt distracting him from his work on what is probably another Sad Man album expected to land later this year. “It’s definitely not an exercise in being, or looking, cool!” he warns. 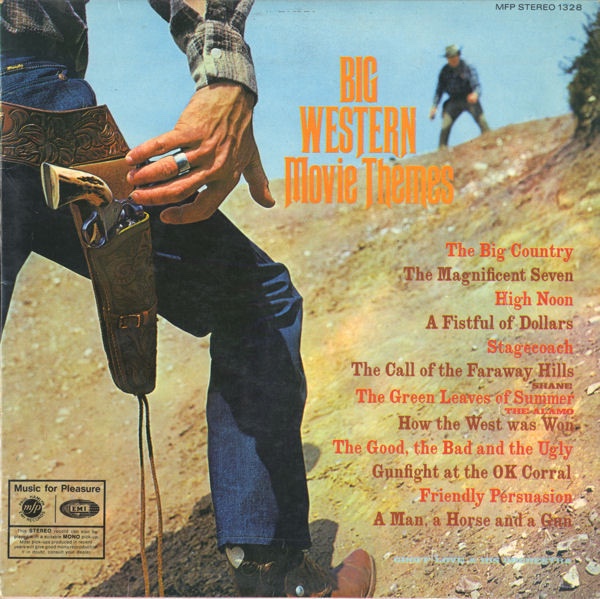 My parents didn’t seem to have any particular interest in music. They were teenagers before the teenage revolution really got going, and so they still had quite an old-fashioned view of entertainment. My mum, however, was a big fan of musicals and westerns, and we had an old 1960s Radiogram that sat in the living room. It didn’t seem to get used much, but I was particularly fond of how you could stack the 7-inch records in such a way that once one finished the next would drop down on top of the previous record. That probably horrifies the purist vinyl collectors out there.

My parent owned a few records. Mostly they were compilation albums of movie music from the Music For Pleasure series on EMI. I particularly remember listening to this record, Big Western Movie Themes by Geoff Love & His Orchestra. Although the orchestration was probably very heavy-handed, it suited the bombastic scale of these western themes. When I listened I could see the barren landscapes of Spaghetti Westerns, the beating heat of rocky canyons, and sound of cowboy boots on the front step of the O.K. Corral. Beguiling stuff.

Up until the age of nine I shared a bedroom with my brother. He was much older than me and his taste in music would today be described as ‘Yacht Rock’, which is now rather cool, but back then, it was not. His stereo played host to a blur of Billy Joel, Christopher Cross, and Hall & Oates. In amongst this smothering smooth-fest sat a collection of Mike Oldfield albums: Incantations, Platinum, QE2…

Even at the age of nine I preferred instrumental music. I liked listening and trying to understand how all the instruments wove together. Also, the idea that Mike Oldfield played all these instruments too fascinated me. I remembered watching him on Blue Peter and he had this extraordinary technique when playing the guitar and very long fingernails. The track that I particularly liked was the live version of a track called ‘Punkadiddle’, which has the most amazing guitar solo on it. I later learned that Mike Oldfield got that sound by playing his guitar through the tape heads of an old tape recorder to give that fantastic fuzz / distortion sound with seemingly endless sustain.

Incantations features the vocals of Maddy Prior on ‘Part 2 – Song of Hiawatha’ and strings arranged by David Bedford. Like many of his albums, it is a cocktail of styles and instrumentation, with no fixed genre reference point. I’m not sure if it completely lasts the rest of time, but putting it context, he pretty much did everything before any one else had even got out of bed.

When I was about 15 years old my school staged the National Theatre’s adaption of Lark Rise To Candleford. The play featured music by the Albion Band, made up of Fairport Convention’s Ashley Hutchings, Shirley Collins, Martin Carthy and others. I had a very minor role in it, but it brought me into contact with folk rock music, played on this occasion by an excellent line up of local musicians. A few years later I went on the play for several folk rock bands too.

My love of folk music has continued, despite it seeming incongruous with my electronic music output as Sad Man. I love The Unthanks, This Is The Kit, Kate Rusby and Lau. 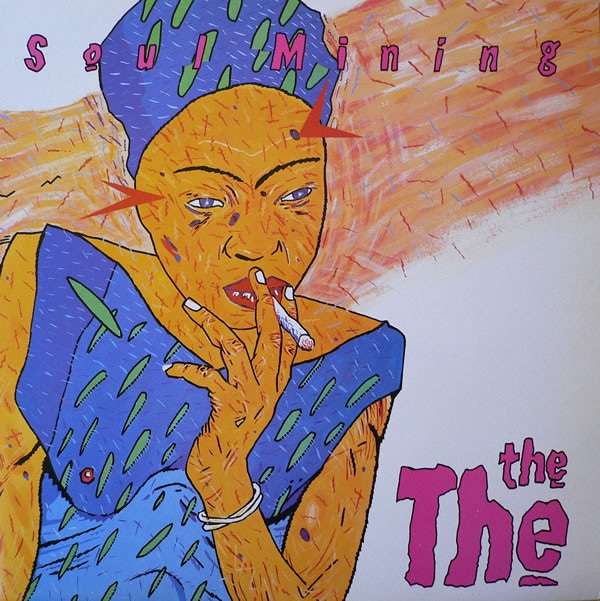 The The – Soul Mining

My first introduction to The The came when I was 19 and I had just bought a Triumph Spitfire. It was a beautiful green colour, and despite the constant smell of petrol, the ill-fitting doors and the extortionate insurance cost, I loved that car. It also had a very nice Pioneer stereo with speakers fitted into the doors, which, when you were in the driving seat, weren’t far off ear height.

I would often drive around the country roads with the top down late at night, to and from a pub where I worked in the evenings. On the stereo was The The. First was the Infected album (my first introduction to Neneh Cherry) but then later I discovered Soul Mining with its use of the Roland TR 606, pounding drums and chanting by Zeke Manyika. I think The The are the only band that I’ve ever had a fan thing for. I saw them play at the Albert Hall with Jonny Marr on Guitar. They were perfection. 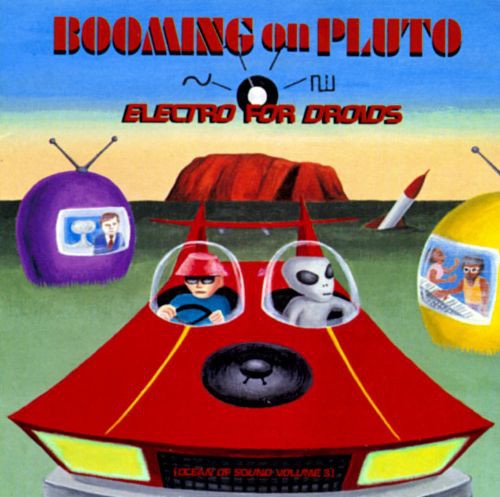 When I moved to Bristol in 1997 my musical tastes had already travelled through rock music, folk rock, progressive rock, shoegaze, funk rock, grunge and indie music. Apart from the odd album from The Art of Noise, Tangerine Dream and some others, very little of what I listened to was electronic.

I bought Booming On Pluto from the bargain bucket and loved its electro sound. Afrika Bambaataa, To Rococo Rot and A Guy Called Gerald all feature on this album and it’s a real classic. I guess once I’d heard this, the future of music for me was no longer guitars and distortion pedals, although I’m still very partial to a good distortion pedal (ProCo Rat, ZVE Fuzz Factory, Fuzz Face).