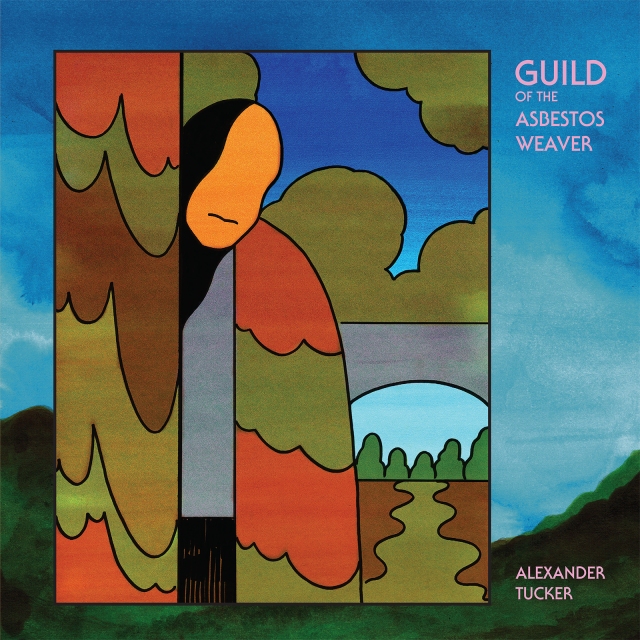 The follow-up to last year’s Don’t Look Away, Alexander Tucker’s Guild Of The Asbestos Weaver was named after a resistance group appearing in Ray Bradbury’s seminal Fahrenheit 451; the reference to their intolerance-combating actions was an unintentional act on the part of Tucker, but one that feels highly relevant in the context of the rightward shift in political ideologies around the world.

Consisting of five long songs loaded with bold, dense sonic adventure, Guild Of The Asbestos Weaver takes its place alongside the sonic dexterity of the Grumbling Fur project he shares with Daniel O’Sullivan, and marks a significant departure from Don’t Look Away. Constructed from loops of synths, cello and highly-processed bass guitar, these pieces contain restless, ever-shifting, intricately-detailed beds of sound over which Tucker’s clarion, understated vocal is allowed to quietly and majestically soar.

Opener ‘Energy Alphas’ might have dirty, distorted guitar as its principal melodic signal, but it’s Tucker’s mysterious, impenetrable, impressionistic singing that gives this track a distinctive – but wonderfully unfathomable – optimism, gliding gently upward over tiny beats and swells of electronics. ‘Montag’ opens with a defiant, crisp marching glitch rhythm before opening out into affecting cello textures, gradually proceeding with a tension-filled dread, its elliptical lyrics reading like a particularly vivid and harrowing dream.

‘Precog’ is perhaps the album’s signature moment. Opening with clanking, machine-like loops that gradually increase in speed to an insistent prowl, the track rapidly transforms into brooding piece dominated by a rich, ominous and utterly absorbing stridency that one cannot help but be completely ensnared by.

Guild Of The Asbestos Weaver by Alexander Tucker is released on August 23 2019 by Thrill Jockey.

One thought on “Alexander Tucker – Guild Of The Asbestos Weaver”