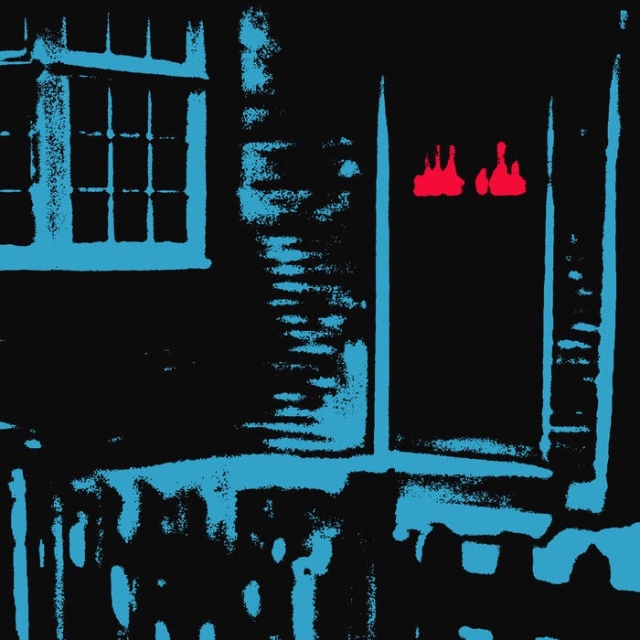 The first, This House Is Haunted, is yet another gem of a release on Stuart McLean’s Bibliotapes cassette imprint, now long since sold out. The Bibliotapes ethics is to curate soundtracks to accompany a book, and Scrivin’s chosen subject is Guy Lyon Playfair’s account of the purported poltergeist haunting at a house in Enfield that caught the imagination of the media in the late Seventies. Whether the events in Enfield were true or a complete hoax developed by teenage imagination and fuelled by tabloid curiosity matters not to Scrivin; his soundtrack under a new alias, The Night Monitor, is bestowed with a paranormal creepiness – heavily-shrouded melodies emerge out of thick rivers of ectoplasm, looped voices chatter and babble incoherently, and thudding percussive sounds evoke the phantasmic movement of furniture.

The occluded tonalities of standout moments like ‘One For No, Two For Yes’ or ‘Ten Coincidences’ will give chills to anyone who spent their childhood evenings cowering behind the sofa because of an especially vivid Doctor Who episode or who couldn’t sleep thanks to the BBC’s hammy Ghost Watch (which was inspired by the Enfield haunting). However, Scrivin’s conceit is not to lace pieces like the evocative, static-hued soundfield of ‘I Can’t Make That Noise’ – a collage of whining drones, clamouring, scratchy sounds and a truly terrifying bass anchor – with a schlocky sequence of hauntological reference points. In doing so, This House Is Haunted is poised somewhere between the terrifying and inquisitive. Its twenty cues face inexplicable phenomena with an overriding sense of fear yet an underlying nausea-inducing intrigue, the final echoes of concluding piece ‘The Enfield Syndrome’ casting a long sonic shadow long after it has dissipated in silence. 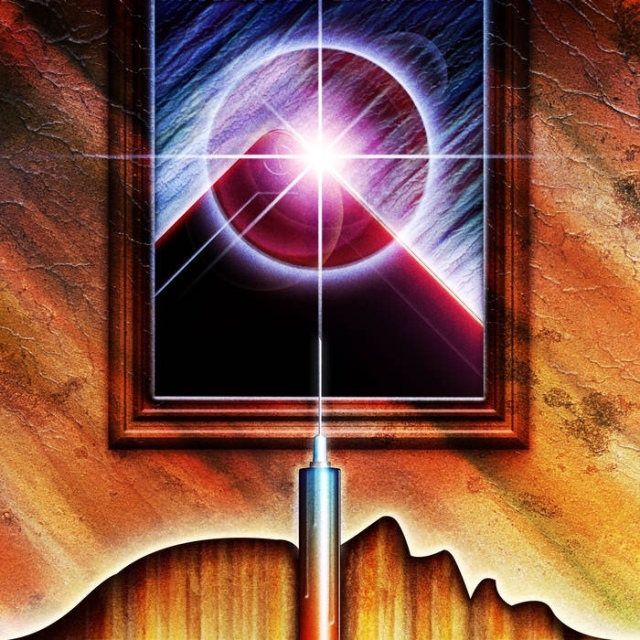 A different – and potentially more visceral and relatable – sort of haunting takes place on Warm Pad, Sharp Stab, Scrivin’s fourth album as Phono Ghosts. Here you find the same melodic sensibilities melodies that colour This House Is Haunted, just set in a wholly different context, the result being a deft lightness thanks to being positioned as the top line in cuts that don’t rely on creepy textures for their emotional impact.

Instead, Phono Ghosts deals with the spectres of Eighties R&B and soulful electro – all fat digital basslines, chunky rhythms and a presentation that leans into a half-remembered pop vernacular. That tracks like the upbeat ‘L’Amour And Her Hot-Wired Hands’, the shimmering PWL-esque refrain of the serene ’81 Love’ or the emotional grandeur of the muted ‘Tears Over Chroma’ were not executed during digital synthesis’s takeover of music beggars belief.

Curiously, the melodic quotient isn’t the only crossover with The Night Monitor. On this brilliant collection you also find disembodied voices fluttering gently into view, only here they are vestiges of forgotten soul tracks, not the chance capture of elusive spirit echoes.

This House Is Haunted by The Night Monitor was released September 6 2019 by Bibliotapes and is sold out. A digital version will be released by Fonolith on October 25 2019.