Two polar opposite live performances forming part of The Joyous Thing, a weekend of events at Milton Keynes Gallery investigating the UK experimental music scene. The Joyous Thing is part of the nationwide OUTLANDS interdisciplinary project.

Secret Flight is a local MK electronic musician whose current concerns involve fusing reverb-drenched vocals to delicate synth melodies and minimalist rhythms. The result is dreamy, angelic, choir-like voices delivered with a gauzy, hypnotic warmth, only laced with an uncertain quality somewhere between intense rapture and crushing disappointment. Her last album, 2018’s My Forever Mirage is a brilliant and understated gem of an album. Listen to My Forever Mirage at Bandcamp.

BodyVice is the latest project from Natalie Sharp, best known for her audacious, confrontational performances as Lone Taxidermist and as a Gazelle Twin collaborator. For BodyVice, the subject matter is the intense and excruciating back pain that she suffers with, and finds her channelling her experience at the hands of doctors as they seek to identify the cause.

Beginning with a hospital gown-wearing male collaborator’s Irvine Welsh-style delivery of what initially sounds like a misty-eyed recollection of a Speedy J set at a Belgian rave – all intense beats of rising velocity and modulating electronics – it becomes apparent that he is, in fact, describing an MRI scan experience. What ensues is nothing short of unnerving – Sharp (with a collaborator and occasional flautist) rotating on turntables against a backdrop of howling, impenetrable noise to evoke the claustrophobia and unnatural experience of an MRI scan, all frantic, rising rhythms and industrial-strength walls of unending sound. 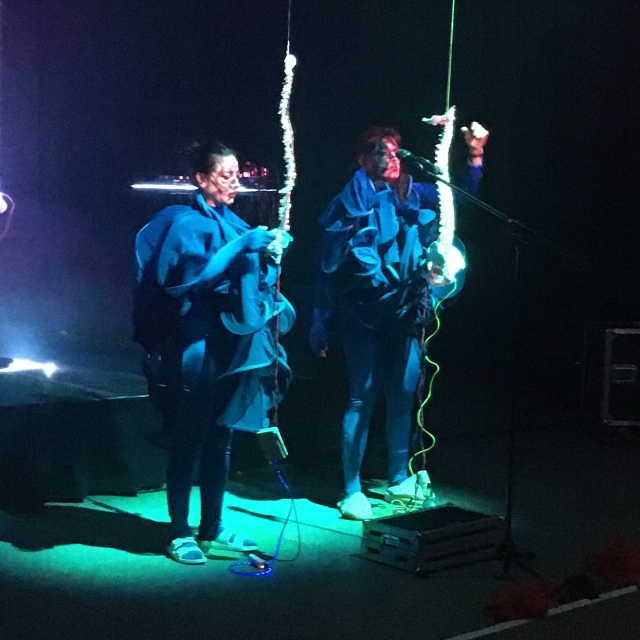 The performance then proceeds through angry lists of precautionary statements from a clipboard waiver, mesmerising sounds and non-melodies played on modified spinal chords (pun intended) designed by Tara Pattenden (Phantom Chips), guttural invocations worthy of Diamanda Galás and a thrilling coda of punishing, strobe-lit industrial techno as Sharp douses herself in fake blood while screaming.

According to Sharp, BodyVice is a reaction against the proliferation of stale, insipid electronic-musician-on-stage-with-MacBook performances. It is most definitely that. It is also uncomfortable, challenging and frequently terrifying; as a physical, visual and aural metaphor for Natalie Sharp’s chronic pain, it is forcibly and viscerally accurate.

January 25 2020. Thanks to Zoe and Simon. MK Gallery: mkgallery.org 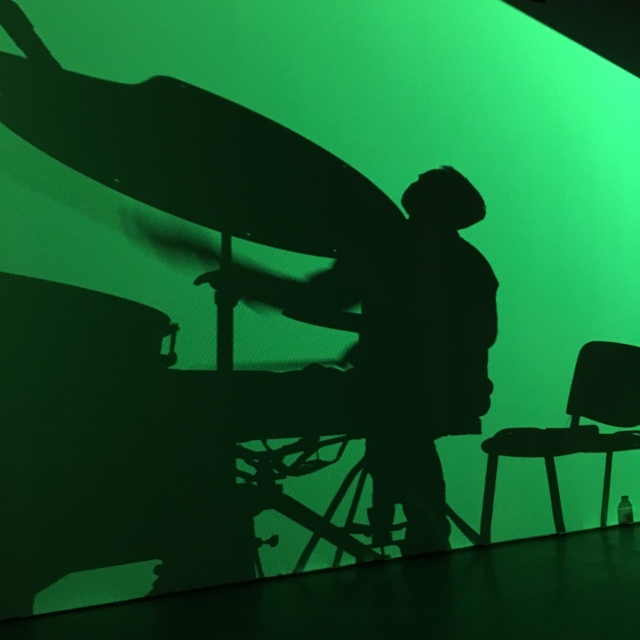 The product of over ten hours of playing, Brenti (‘stomach’ in Sardinian) found Cau working his way methodically around his drum kit, deploying metal bowls, fabric and other objects to skew and alter its sound, accompanied by occasional moments of modular synth from Miles Cooper Seaton and trombone from Federico Fenu. The result is four pieces ranging from quiet and meditative calm to skittish, manic playing, creating a thought-provoking rumination on Cau’s roots nevertheless filled with a sense of perpetual, unpredictable motion. 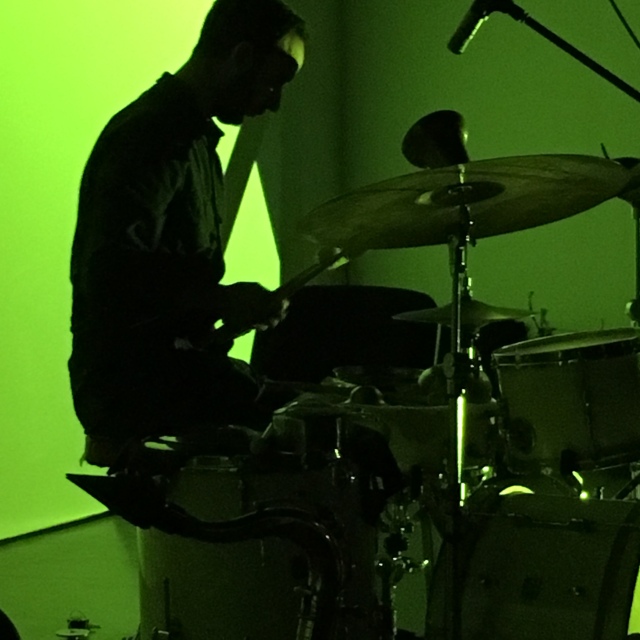 Accompanied sensitively by MONOCREO co-founder Jonny Hill on processed saxophone and clarinet, watching Cau assemble and dissemble his percussive palette while playing is utterly mesmerising, maintaining a sense of direction and purpose where other improvising percussionists might resort to aimless meandering. The dexterity and awareness of his sound sources is reflected in varied playing running from quiet, melodic passages full of sonorous harmonics to moments of thrilling, yet nuanced noise. At one point he pounds his cymbals into a sheer wall of beautiful metallic noise, occupying a sonic hinterland between an amplified rainstorm, a shrieking Jubilee Line train in the tunnel between Canary Wharf and Canada Water and the end of days. A final, emotive melodic refrain played gently on a collection of different-sized bowls stays with you long after its final echoes have faded into silence.

Elsewhere, Jonny Hill delivered an all-too-brief set of tender clarinet melodies that were slowly and progressively buried under a wall of gently-sculpted noise, full of everything from chiming tonalities, fluctuating distortion and clashing electrifying dissonance. During its most serene and strangely stirring moments, Hill’s set recalls the soundscape works of Robert Fripp: namely a richness of sound that is occasionally soothing and frequently confrontational, but always completely enveloping, finally fading out into a sequence of genteel, unadorned clarinet notes.

One half of sibling electronics duo Circuit Breaker, Edward Simpson’s solo performance as ELS opened with layered, ghostly voices and proceeded to evolve into an endlessly restless sequence of gestures that nodded squarely in the direction of vintage industrial music and the most devastating of dub rhythms. Though of an entirely different discipline, Simpson’s never-repeating rhythms and motifs echoed those of Alessandro Cau, even if the presentation was a nausea-inducing, nightmarishly-paced techno rather than an acoustic drum workout. Toward the end of Simpson’s set, you hear a brief snatch of vintage 303 vibrancy, ushering in a passage of Berghain-speed insistence that is ultimately overtaken by metallic-sounding arpeggios and a brilliant, threatening, prowling danger.

With sincere thanks to Simon.