At the end of March, reviewing Further.’s first three months of operation, I made the commitment to try harder during the second quarter to significantly increase the delivery of content to the site. I’m pleased to report to readers that this commitment was fully delivered during the period under review, with a total of 23 albums reviewed.

During the second quarter I also consciously increased the site’s diversification and eclecticism, covering graphic score improvisations, just intonation microtonal works, modern classical, glitchy electronica, ambient soundscapes, electronic psychedelia and electronic pop with an even-handed and balanced review policy. I covered releases by some of the most niche cassette labels to the largest independents. I also welcomed two new guest writers to the Further. team in the form of Reed Hays (from Reed & Caroline) and Bryan Michael (from Alka).

I added a new micro-feature to the site in the form of 3 Questions, intended to provide a small window into what an artist values and what motivates them. This was added in an effort to provide bite-sized interviews that were both easily digestible and yet which provided significant depth of insight despite only consisting of the three open questions posed to each artist, sitting alongside traditional feature writing and longer In Conversation Q&A interviews.

I’m pleased that I was able to feature more female electronic artists during the second quarter, and this will continue to be a growing focus in successive quarters.

I look forward to reviewing Further.’s ongoing progress in three month’s time. Thank you for supporting my small music blog. 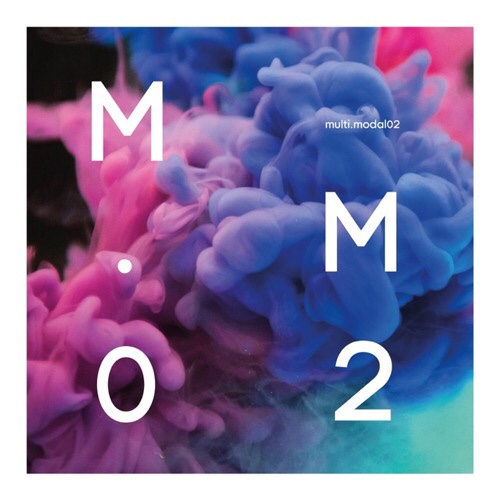 Japanese composer and future Fluxus acolyte Mieko (Chieko) Shiomi was the founder of Group Ongaku, a spirited collection of likeminded experimental artists that she brought together in 1960 specifically to explore improvisation. After completing her studies in Tokyo, Shiomi returned to her native Okayama and began solo performances by the likes of John Cage, who Group Ongaku had previously invited to Japan to perform.

Cage’s influence is evident in Shiomi’s series of action poems penned in 1963 and 1964, wherein musical notation was entirely eliminated in place of specific, but necessarily vague, performance instructions. In the case of Boundary Music (1963), the instruction to the performer is “Make your sound faintest possible to a boundary condition whether the sound is given birth to as a sound or not. At the performance, instruments, human bodies, electronic apparatuses and all the other things may be used.”

A new LP from the multi.modal imprint finds seasoned improvisers David Toop and Jan Hendrickse separately tackling Shiomi’s piece. In Toop’s case, his version is anything but quiet, but as he himself has pointed out, to assume that Boundary Music is about silence is entirely incorrect. Taking Shiomi’s instruction that any sound source may be utilised, his version employs field recordings of what are possibly prayer calls, inchoate percussion, electronic pulses, whistles, squeaks and a foundation sound in the form a high-pitched sound that runs with prominence through the entire piece. The result is a series of restlessly evocative events alternating between density and levity.

Hendrickse’s interpretation is much quieter, but not a bit less intense. In his hands, Boundary Music is offered as a series of low-level rumbles, thuds, scrapes and fuzzy tones that each lurk in the background until suddenly being thrust forward. For Hendrickse , the piece becomes fraught with unresolved tension, having all the notional silence of an empty space with all the atmospheric drama of a horror soundtrack, particularly when an ominously distorted drone emerges and rapidly cuts away again into squelchy, alien sounds.

Side two of the LP is given over to a performance by London’s City University Experimental Ensemble (CUEE) recorded at the IKLECTIK venue. Here, the 25-piece big-band improvising orchestra perform two works by saxophonist Cath Roberts (Off-World and March Of The Egos). Their placement alongside Shiomi’s Boundary Music almost acts as a form of confrontation, given how these pieces wilfully avoid faintness: clangorous synth splinters collide with plucked sounds, clusters of overlapping piano parts and expressive saxophone parts. This ensemble works best when they dive headlong into the maximalist sounds you would expect from this many musicians, with the thrilling denouement of Off-World taking the form of a vibrant, colourful, euphorically noisy collision between noir jazz and electronics.

March Of The Egos, meanwhile, is a discordant, joyously sprawling piece wherein each instrument and player seems to be vying for airtime. The initial winners are a 1920s ragtime trumpet solo and a sustained synth tone that seems to cut across (and through) just about everyone else until the horn section and wandering piano join forces with the drums for a massed, and ultimately successful, assault on the electronics.

Boundaries by David Toop, Jan Hendrickse and CUEE is out now on multi.modal. See Mieko Shiomi’s instructions for Boundary Music at the MoMA website.