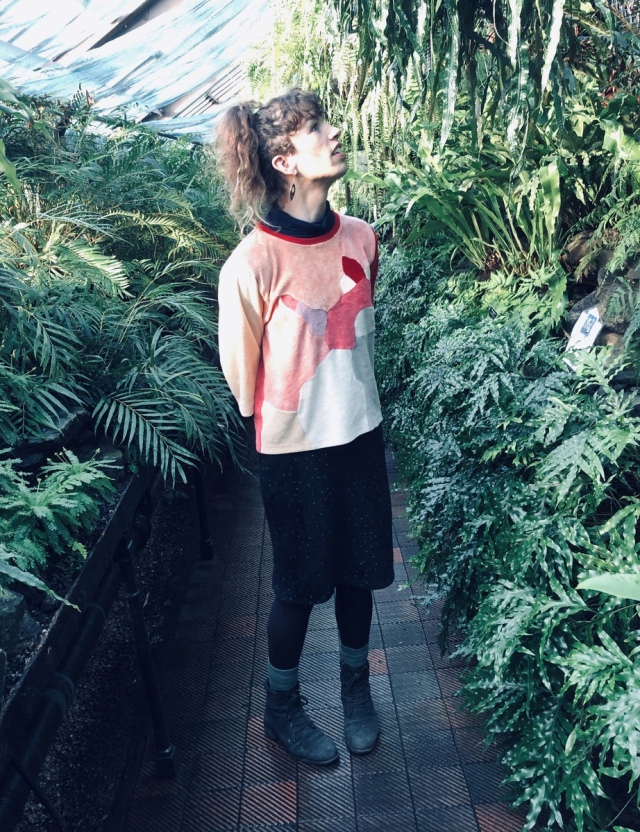 Rooms, the debut album by The Silver Field, was released on O Genesis in January. The project of Coral Rose, Rooms is an arresting, enthralling and yet wholly personal journey through nine exquisitely-developed soundworlds, each one full of intricate layers and surprising, unexpected textures.

In this conversation, Coral explains how the album came about and what it’s like to allow something so inherently introspective to be made accessible to everyone.

Rooms is a very accomplished debut album, and I would argue that it’s the kind of thing that couldn’t just emerge quickly. How long were you working on this? Had you been in bands or worked on anything before Rooms?

Thank you! I guess I was working on it for around six months to a year, on and off, but it’s probably the culmination of ten years or so of bedroom music making that hasn’t really seen the light of day beyond my circle of friends and a few strangers on the internet. I’ve been in bands for years and released stuff – shout out to my good friends Red River Dialect – but this is the first thing I’ve made myself that I’ve been pleased with enough to actually put energy into getting it out there. I made an EP before Rooms called Shelter, which I never released, but I played live once or twice. That was the beginning of this journey, in a way, and the start of me exploring these themes and sounds.

I know it’s a pretty naff question, but what influences am I hearing on Rooms? I hear a folksy quality on pieces like ‘Rosebud’, but lots of other things too. Is there a place, or style, or instrument that you feel most drawn to?

I’m drawn to all sorts, and it’s hard to pin down what it is that draws me to things. I often feel a bit embarrassed when I play people music I’m into, you know, on a car journey or something, and end up saying something like, ‘All the music I like is a bit intense,’ so maybe that sums it up. Like, I could have a great party to the music on my phone on shuffle but I don’t know if anyone else would? It’d be Smashing Pumpkins followed by Grouper followed by Carly Rae Jepsen followed by some old folk song. I just like music that grabs you and makes you feel something.

In terms of stylistic influences though, Massive Attack’s Protection, Kate Bush’s Hounds Of Love, Arthur Russell’s World Of Echo, they’re a big three. When I was a teenager I listened to a lot of Tool and Nine Inch Nails, and I think that’s there too, in a way. And there’s definitely a folk influence, yeah – specifically the 60s/70s folk revival with Nic Jones, Shirley Collins, Fairport Convention, Alan Stivell and so on. A lot of that comes from my family. It’s kinda what I grew up on. That and New Age music, which I think you can also hear on Rooms.

The album was described as concerning itself with moving on and leaving the past behind. Can you tell me a little more about that? It’s hard to know on these songs and pieces whether that was – or indeed is – a painful transition or a positive one. A track like ‘Dolino’, for example, has a kind of defiant, upbeat quality even though it’s hard to precisely place where it’s coming from when hearing the track as a whole.

It’s definitely both. I think that happens on a couple of levels, too. I think growing up involves both a kind of liberation and a kind of loss, and I think coming out does too, and I guess this record is about both of those things.

Given it’s so personal, did you ever have doubts about releasing it for others to hear?

Yes, definitely, and I still find it hard to talk in much detail about the feelings involved in it.

I think it’s one of the reasons the vocals are quite shrouded in effects. It’s like I’m kind of hiding what I’m saying in a way. I think the next record is going to be more naked though.

There’s a lot going on across the album. There’s a very varied set of styles and instrumentation – violins, guitars, electronics, horns, your voice, the breath-operated analogue synth and tape loops. Are you naturally drawn to that kind of diversity of sound? Did you ever worry that it might sound uneven?

I am drawn to different sounds. I like to play with sound, have fun and see what happens. I often buy unusual instruments that I see at car boot sales or whatever and they form part of my world of music-making. Some of the sounds on the album are musical toys that I’ve had since I was a baby!

I don’t think I worried it would sound uneven but it was important to me to find a kind of overall balance across the album, and for the strangeness to be anchored in the melodic and rhythmic in a way that is enjoyable to listen to – I hope!

What was your process for recording the album? How important was the use of tape loops in its genesis? Because of the layers in each track it feels like the songs themselves may have gone through several transformations to get to their final state, either through chance or from active composition. Again, it all sounds very coherent, but I wonder – when using layers like you do – when you know when to stop? The tracks are full, but still with enough space within them. How do you strike that balance?

Haha – I don’t know! But I’m glad it sounds coherent.

It all comes together quite organically, I guess. A lot of the tracks start with the loop, and then I’m kind of improvising with myself over the top of it, layer by layer. And I do end up pulling quite a lot of layers back down in the mix. There are all sorts of things that are barely there but they add something.

It’s actually kind of hard to find the words to use to describe what the things I might want to hear are, because in my head they’re sounds, something quite bodily. I sometimes wonder if I make music for my body, and when I talk about the track ‘needing’ something, is it my body that needs it? I’m still working that one out.

It sounds like a lot of the pieces here were highly personal, but also largely it’s just you working on them, though there are a couple of pieces with involvement from others. I’m intrigued – for something that feels so inherently personal, how easy it is then to work together with someone else, either when recording or performing live? Are you comfortable collaborating, or do you find it easier to work completely alone?

I love playing music with people. The songs are personal, the album is personal, but it’s also music and I think that music somehow has a need to be shared. That sounds so cheesy but I think it’s the way it works, you know – everyone sings songs written by other people, or hums a catchy tune or something.

I think it’s very human to share music, in a way that doesn’t happen so much with visual art – people don’t casually doodle sketches of their favourite paintings from memory! And I think through being played in different ways and by different people, songs can take on all sorts of new lives, which I love.

I’ve had a really wonderful time working out live versions of these songs with some good friends of mine, Kiran Bhatt and Rachel Margetts, and playing with them has been a real joy. I love hearing what they bring to the tracks and the ways that they change and grow. It feels very in keeping with the themes of the album really, like the songs get to grow up and leave home too. 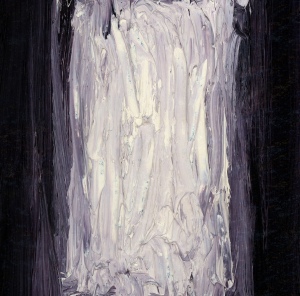 It sounds like you paint as well, and the sleeve image seems perfectly in tune with the theme of the music – although that might be the effect of association. Do you consider yourself a visual artist or musician? Or are they effectively interchangeable facets of your creative self?

I would say it all comes from the same place. I just like to make things. I actually make clothes more than I paint.

The paintings for the album artwork I did in 2012, but yeah they felt really in tune to me too. They were kind of an expression of the house I was living in at the time: the front cover is essentially a view out of the living room window onto the north Wales weather.

There’s some photography I did around the same time on the inner sleeve too. I’d really like to do a project someday that ties more of the things I do creatively together. I’d love to work with someone to put on a play or make a movie or something.

The Silver Field on tour

Rooms by The Silver Field is out now on O Genesis. Listen to Rooms on Spotify.

The central figure in The Silver Field is Coral Rose, whose debut album for Tim Burgess’s O Genesis imprint concerns itself with the metaphorical act of leaving a home, and the metaphorical rooms of that home that begat the album’s title.

Composed of off-kilter tape loops and an anything-goes approach to sound layering – everything from strings to the queasy drones of a bagpipe chanter – Rooms is a captivating progression through an ethereal landscape lying somewhere between organic, mystical folk and an electronically-enhanced post-modern ambience thanks to heavy processing and the deployment of a breath-controlled analogue synth. The effect on tracks like ‘Gost’ is to draw you into a dense, undulating web of sonic events – clattering sounds and percussive micro-noises, a gently repeating guitar, low vocals and patches of jarring discordance.

The instrumental lamentation of ‘Rosebud’, a pairing of acoustic guitar and unpredictable, noisy interventions sounding not unlike a distorted, reverb-drenched recording of a bow being dragged across a metal bench, is nothing short of an heartbreaking, arresting moment among arresting, heartbreaking moments. It is on ‘Nourish’ when the album’s electronic dimension presents itself most clearly, with a spiralling, eddying array of echoing crystalline sequences rapidly circling a mournful, affecting vocal.

Rooms is out now on O Genesis.